Leaving Boulder was weirdly difficult. I find that the longer I stay in a place, the more it feels like I’ve got peanut butter on my feet when I try to leave. There are always a dozen little things that get in the way. I misplaced my phone charger, I needed to go pick up a paycheck, did I remember to check my oil? Which way did I actually need to go to start my trip? I forget about these little details of leaving until the moment they occur.

But leave I did, destined, eventually for New Hampshire. I decided to drive back to the Granite State (instead of just flying) for a myriad of reasons, and so I was confident that it was a good idea, but that didn’t stop the four day trip from being…kind of terrible.

This is what Boulder looked like when I left: 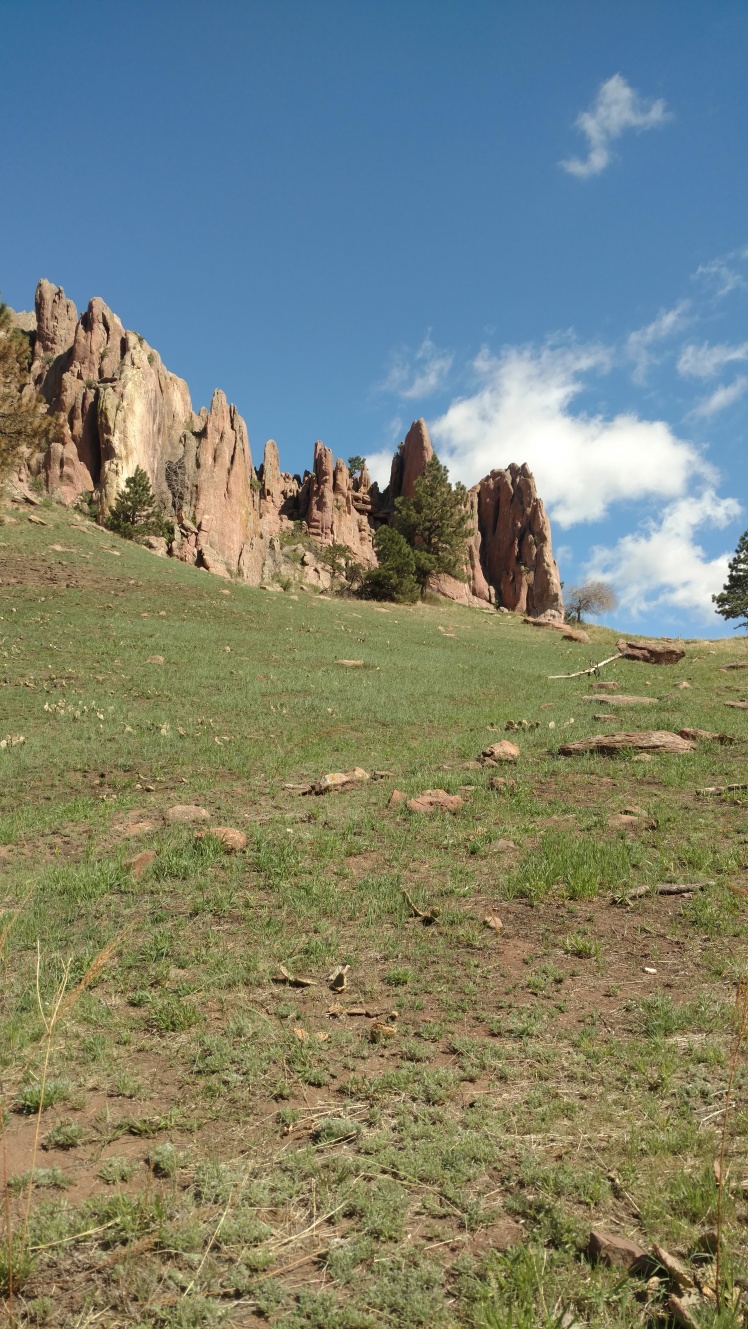 This is the majority of what I drove through: 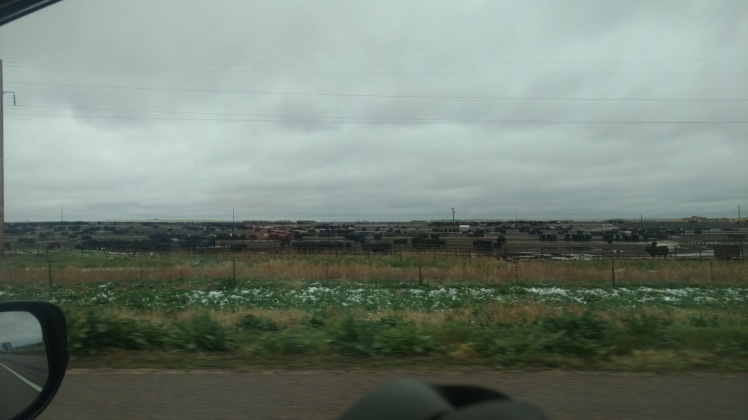 …And this was my face in the middle of Day 3: 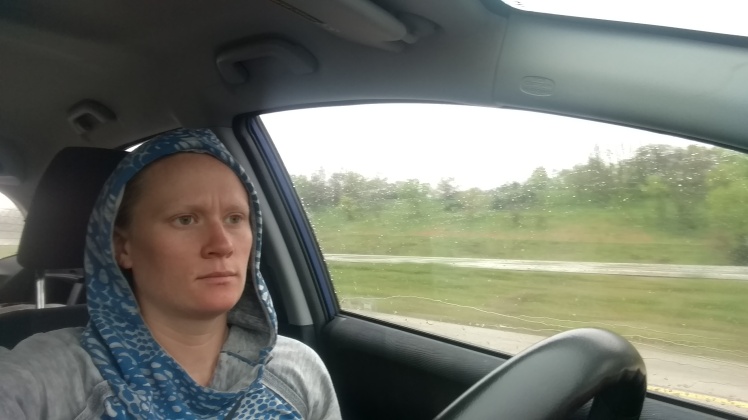 I’m sure that the midwest is really lovely. I’m also sure that the lovely parts are not displayed by the Interstate. My first night on the road, I stopped and camped at a site along a small river in rural Iowa. There’s an awesome website called freecampsites.net that is wholly community-built where I found this place to stay. I slept in my car as I’m used to doing, and was able to spend zero dollars.

Day Two was brutal. The weather was terrible, so I decided to just power through until I had no choice but to stop. I drove across Iowa, Illinois, Indiana and half of Ohio before delirium hit. I was just outside Cleveland, OH, with few possible options for car camping, so I got a hotel room. During a busy check-in at the front desk I quickly learned what it felt like to be a minority in a room- an experience which my privilege prevents me from experiencing most of the time. Everything was fine, but just the fact that I was aware of it is notable.

By Day 3, my body was feeling the stress of sitting and driving for more than 10 hours a day. How do truckers do it? The weather was slightly better, and I crossed into New York state with a little more pep in my step. I could tell that I had officially crossed into the East because suddenly there was nothing but trees, trees, trees. At Buffalo, I decided to detour to Niagara Falls because I had never been there and probably would never find reason to go there again. Even though it was and hour out of my way, it was a worthy stop. 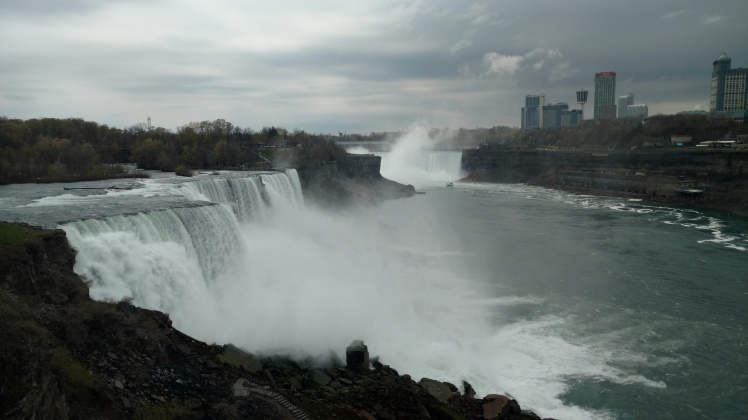 After a fiasco on the NY State Thruway that involved me forgetting my wallet in the bathroom of one of the stops then navigating my way back and forth along the thruway, paying every toll ever and eventually getting me wallet back (dear God, it could have been so much worse), I set up camp in the small parking lot of a little summer-only church in the town of Caroga Lake, NY.

Determined to do something other than sit, I woke on the fourth day and went out in search of a hike. I was on the border of the Adirondacks, after all, and there had to be hiking somewhere. I found a little trailhead for a hill called Kane Mountain. It was a short hike, but it felt good to move my body again. I could feel the extra red blood cells from living at 5000 feet burning up all that oxygen, and the view from the fire tower on top of the hill was…foggy but nice. 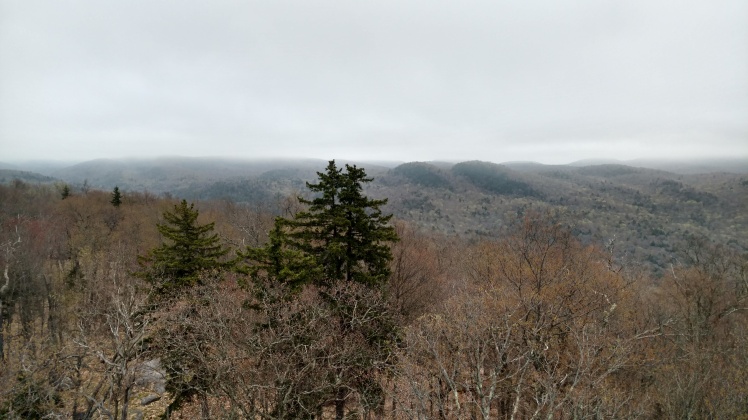 At the writing of the entry, I have made it to Brookline, MA, and am very glad that the majority of the drive is over. I have about two weeks in New Hampshire for work on some Permacutlure projects, and then its back to the west.

Lesson learned: road tripping is much more fun when you have places to stop and time to stop, but you can get through it.

One thought on “When Road Tripping Isn’t So Fun…”