Ironically, while I was in Central America, all I could think about was the desert. Costa Rica and Nicaragua were amazing and lush and green and teeming with life, but I think that I am really a high desert/mountain person at heart. At least right now. Who knows in the future how I will feel, but my heart really calls to the desert. Especially the Grand Staircase National Monument area in Utah.

I first visited the monument in 2016 during my first road trip out of the car and I have wanted to go back ever since. I was only able to spend three days there, but I got this sense that this massive, Immeasurable Place  needed to be explored. I’ve been struggling with serious FOMO (fear of missing out) for a while now, basically ever since really diving into outdoor adventure life. I think it started with my awareness of the John Muir Trail in 2012 and has not stopped until possibly recently. But we’ll get to that. 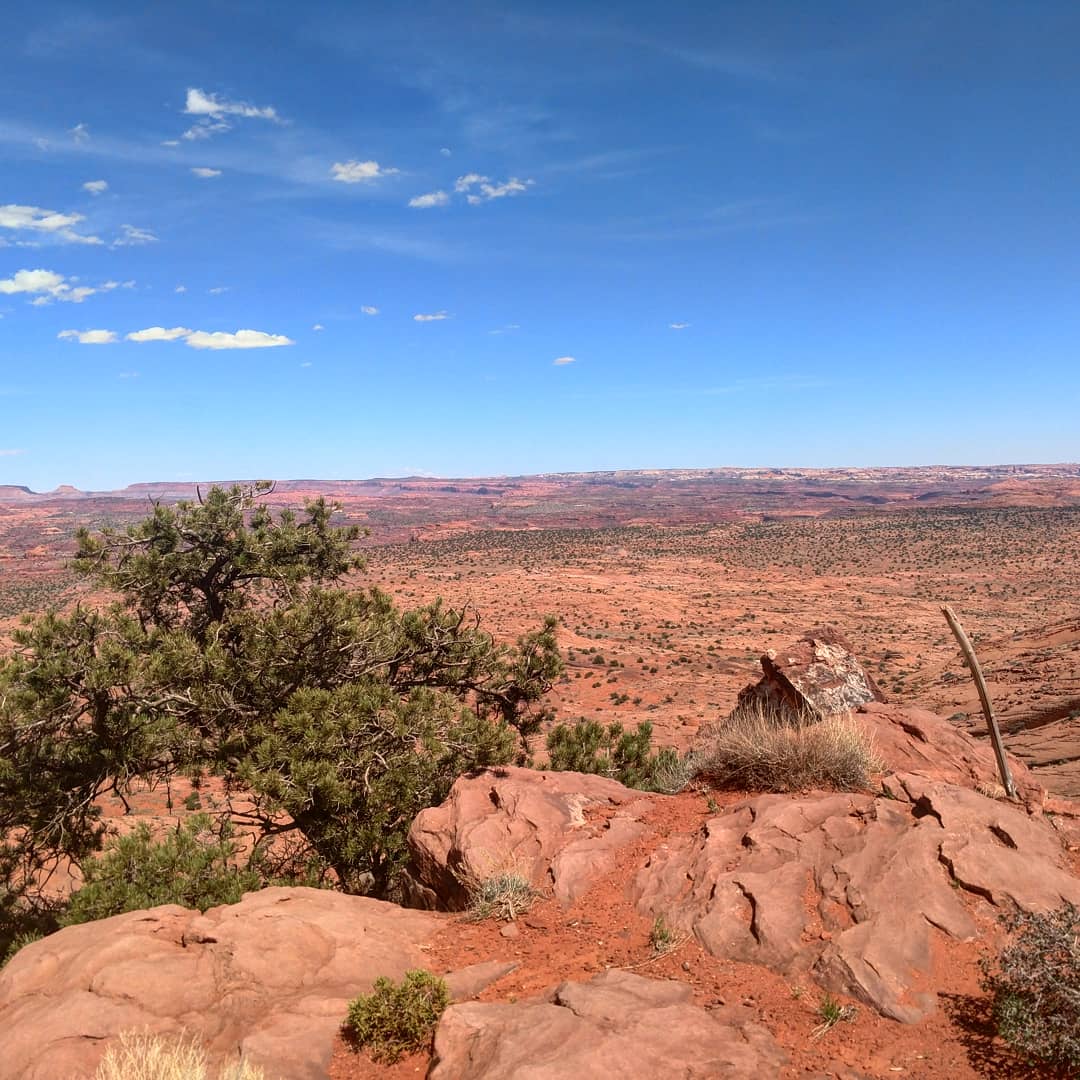 Upon my return to the U.S. I had about six weeks of time to fill before my summer work began. I had two choices: try to make it work in Boulder for that time, or go somewhere else. Not really feeling like working and not really needing to work, I opted to go save money and hide away in the desert for some weeks. And I would begin by returning to the Grand Staircase area.

I found a work away position at a family homestead in Boulder, UT that was hard work in exchange for getting to know a generous family and generous community. Also while I was there I got to go on some canyon adventures, which was just what I had been looking for. My co-volunteer and I, Nijiel, began with going down Hole-in-the-Rock Road to go explore Fence Canyon. I had been down Hole-in-the-Rock before, but this time I got to go in Nijiel’s truck, which made the drive significantly less scary in terms of appropriate hardware. My Honda Fit can do a lot and I am extremely proud of her considering that she’s basically a sewing machine with four wheels, but it was nice to have a 4Runner to get out there. 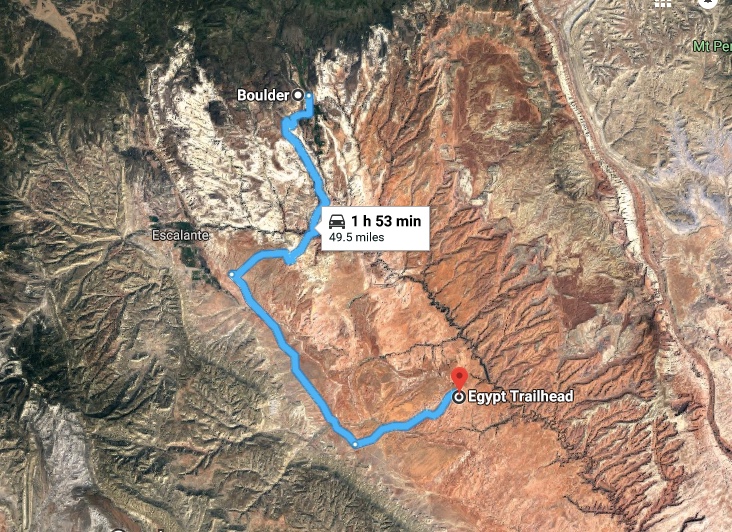 Because the road (as you may be able to see from the map) cuts through raw desert and isn’t exactly graded for a little car like my Fit. But in Nijiel’s truck, it was a piece of cake.

Now, hiking in the desert is unlike most of the hiking I’ve done and am familiar with. Especially in the National Monument there are very few established trails. There are several guidebooks that have written descriptions of how to navigate across various terrains to and through various canyons, etc. but a lot of it is “navigate on your own” or “hope that enough people have done the route and put up cairns to mark the way.”  It’s a really important place (unless you’re very, very confident in your landscape navigation) to have a topo map and some directions.

The route to Fence Canyon has many cairns, almost too many. So you can find your way through the landscape fairly easily, but you still need to be on your toes because the cairns may or may not lead you astray. Bench land walking is not really for trail sloggers, which I kind of am. This is why I love desert walking, though, because it forces me to work on my skillzzzz. That being said, I have put together a very vague, very imprecise map of the route that Nijiel and I found down from the bench-land into Fence Canyon, which led us into the Escalante River. 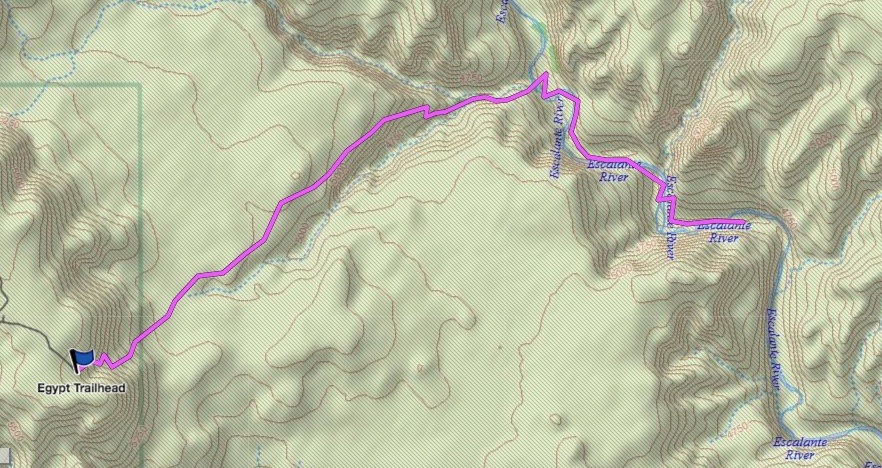 We initially wanted to try to reach a canyon off of the Escalante River called Neon Cayon, which is supposed to have some really amazing formations in it, but alas, we had a date to get back to that night with our host family. There was an important town meeting going on that we needed to attend, and so we didn’t have enough time to get all the way to Neon Canyon and back. Que lastima. 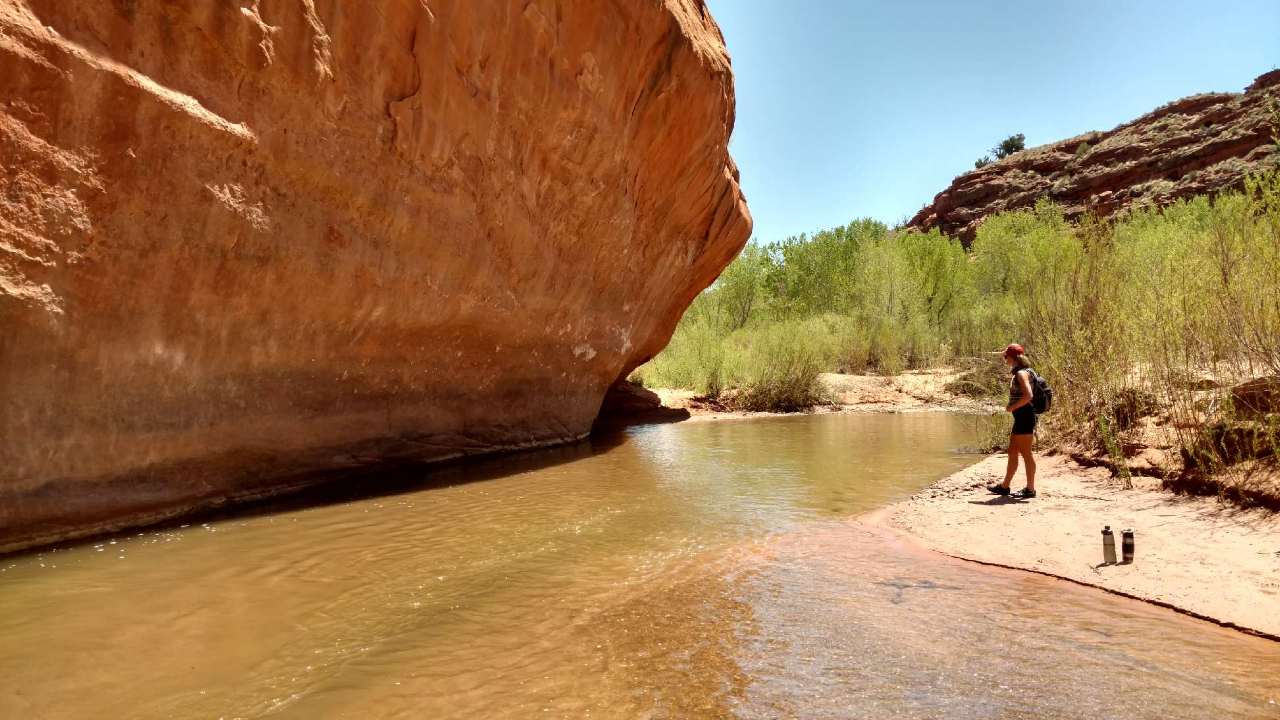 But here’s the thing about that. The Fear of Missing Out could have come out really hard at this moment. I could have been really upset that we had chosen this day to do this canyon becuase we wouldn’t be able to see Neon Canyon. That FOMO feeling was definitely there. But then I realized that I already had seen and walked through really beautiful places and I was already really lucky and blessed to be where I was, doing what I was doing. If I don’t get to see everything and do everything, that’s okay. It’s impossible anyway. So, the remedy for FOMO is entering the space of gratitude. What a surprise.