I’ve been gone from the United States for exactly two weeks and sitting where I am right now it might as well have been two years. It’s not just that I’ve been caught up in the excitement of new and foreign lands. It’s also not because I ended up having an unplanned, extra long layover and hotel stay in Aukland on my way to Queenstown.

If I’m going to be honest, (which I might as well be, this is my blog after all) my time on Hawai’i felt incredibly long. For reason’s I’ve previously explained, I was rather alone much of the time, and while time by yourself is an important and preciously thing, it can also be too much of good thing. Company is nice. I also wasn’t traveling in Hawai’i in the typical way. I wasn’t going to a beautiful resort eating beautiful meals and having a beautiful time. I was sleeping in a muddy shanty at a work exchange and cooking on a gas stove in the dark by myself every night. My daytimes were spend riding the $5.50 bus an hour to the north shore to watch huge waves crash around, too big to let me swim in them. Could I have done better with Hawai’i? Yes. Should I give Hawai’i another chance? Absolutely. Did all these factors make my nine days there feel more like nine weeks? Yes.

I was very, very ready to get to New Zealand last week, and now that I’m here life is chilling out a bit. A big part of that chill is knowing that I have a good long time to be here and the opportunity/need to make money. Finding a job takes time and patience, as well as a bank account which is a whole other deal. I’m playing a long game here and doing a work exchange in the meantime with a lovely family to keep costs down until paying work arises.

New Zealand (specifically Arrowtown) is much, much more my speed. There are mountains everywhere, the air is cool but not too cold, the birds are chirping, it’s green everywhere, and there’s a whole, huge piece of earth sitting there, waiting for me to introduce myself.

The thing that is really throwing me off about New Zealand is the seasons! I spend all of October and November getting into winter mode, living in some seriously cold weather for much of that time. The sun was setting at 4:30 when I left Colorado. It set at 5:45 in Hawai’i, which isn’t drastically different. But here, It’s well lit until 10:00 pm. The sun arises at 5:30, and the land is in the gushing flows of early summer. There are even cottonwood trees here in full fluff. Kids are getting ready for summer break, right after Christmas. It’s Christmas and everyone is harvesting the first batch of lettuce out of the garden.

I’m totally and completely thrown off. My body was getting ready for winter and now I’m asking it to gear back up for summer. My mind was ready for the dark warmth of winter hibernation and now I’m asking it to eat the fresh green of spring. It has taken coming to the Southern Hemisphere to fully realize how tuned in to the rhythm of the Northern Hemisphere I am. I’m not even jet lagged. I’m hemisphere-lagged!

All of these adjustments have made the last few weeks feel very long, and yet I’ve already been in NZ for five days. I’ve done a lot in that time. I’ve ridden a mountain bike way to far through paths I don’t know. Ridden a public bus. Eaten a sausage roll and a Boston creme donut in totality in the same sitting, cleaned a living room, drunk a lot of tea, weeded a garden, and opened a bank account. I’m not trying to give myself too much credit, but I think that’s rather good for someone who’s a bit shell shocked.

Hopefully by this time next week I’ll have a job, a house, a car, and a spouse.

(The last one is a HEFTY joke- don’t get any ideas, Fate.) 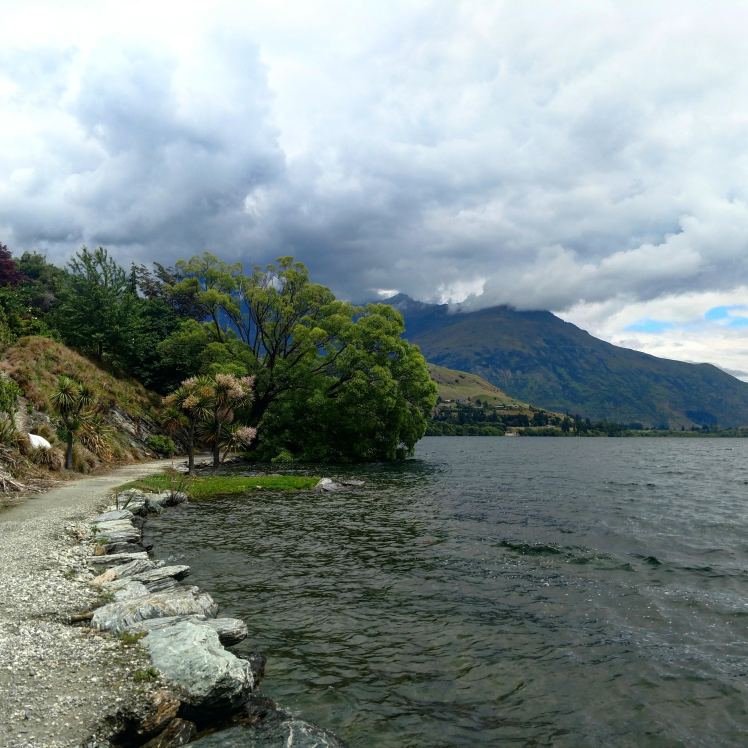 3 thoughts on “The Travel Timewarp Phenomonon”