So it’s been a few weeks since I went on this hike with David, and looking at the pictures it’s amazing to see how much the landscape has changed so drastically in such a short period of time! Spring is amazing, folks. (It can also royally suck, but let’s focus on the good here.) 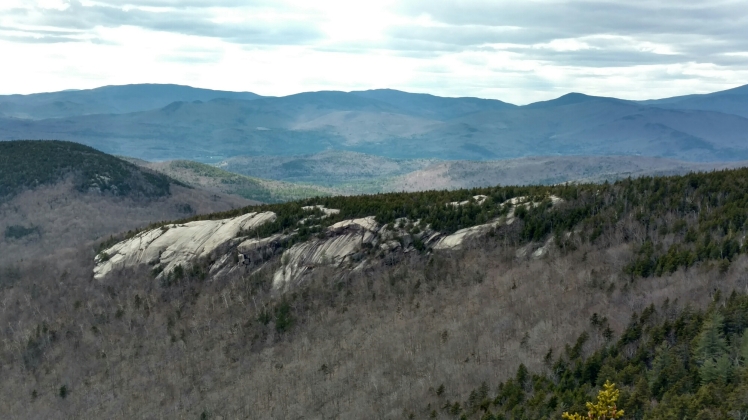 I had been wanting to go up Welch and Dickey again, so I was glad when David suggested we hike on his day off (Monday). I work Monday mornings, so a good half day hike was what we needed and W&D fit the bill. It had been incredibly warm and sunny for a few days and I was beginning to have faith that Spring was actually going to show up. There’s nothing like going to the mountains, though, to remind you just how present winter WILL ALWAYS BE. 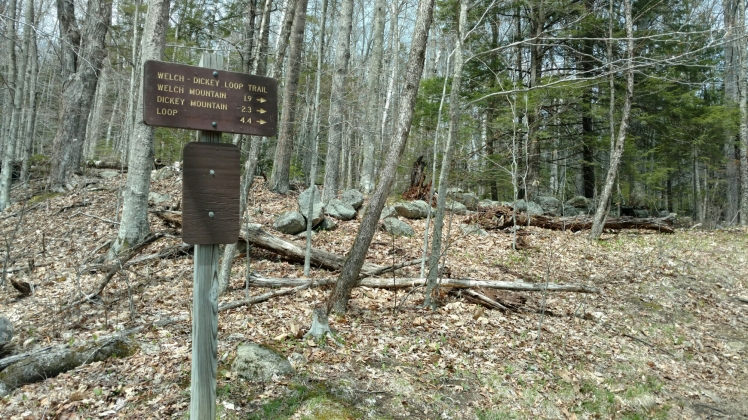 W&D is a simple 25 minute drive from Plymouth following Route 93 to Route 49, turning left onto Upper Mad River Rd, and then right onto Orris Rd. Here’s a super helpful and detailed map. 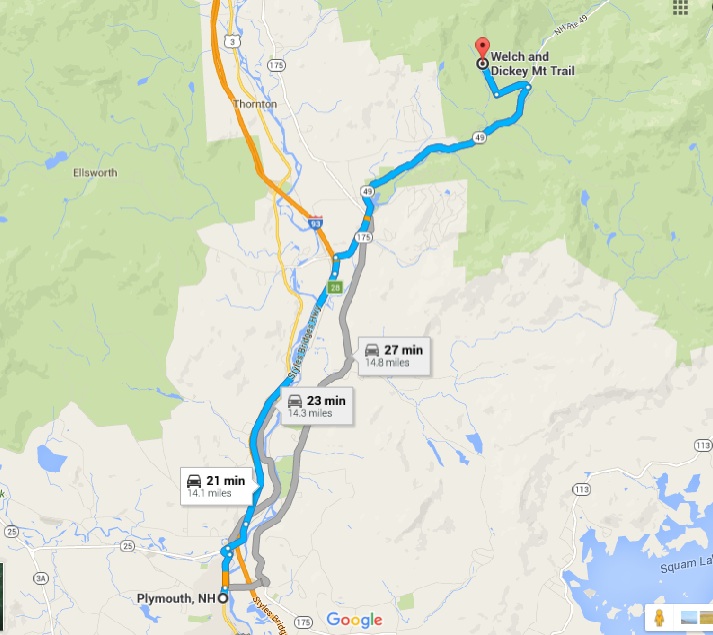 Being a hike that’s just under 4 miles long, a loop, and right off the one road that leads to the major tourist getaway, Waterville Valley, the W&D trail gets a lot of use. Note: there is a $3.00 day use fee at the trailhead parking lot. 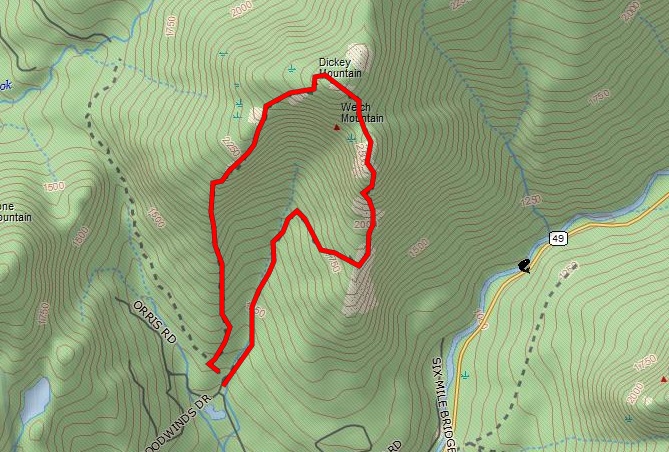 That being said, don’t deceive yourself into thinking that W&D is an easy hike. The first 1.5 miles follows a stream and is pretty basic woods walking. This part of the trail is heavily used and is suffering from chronic trail widening. On the plus side, it’s also received a lot of maintenance and has some really nice infrastructure to support the trail. 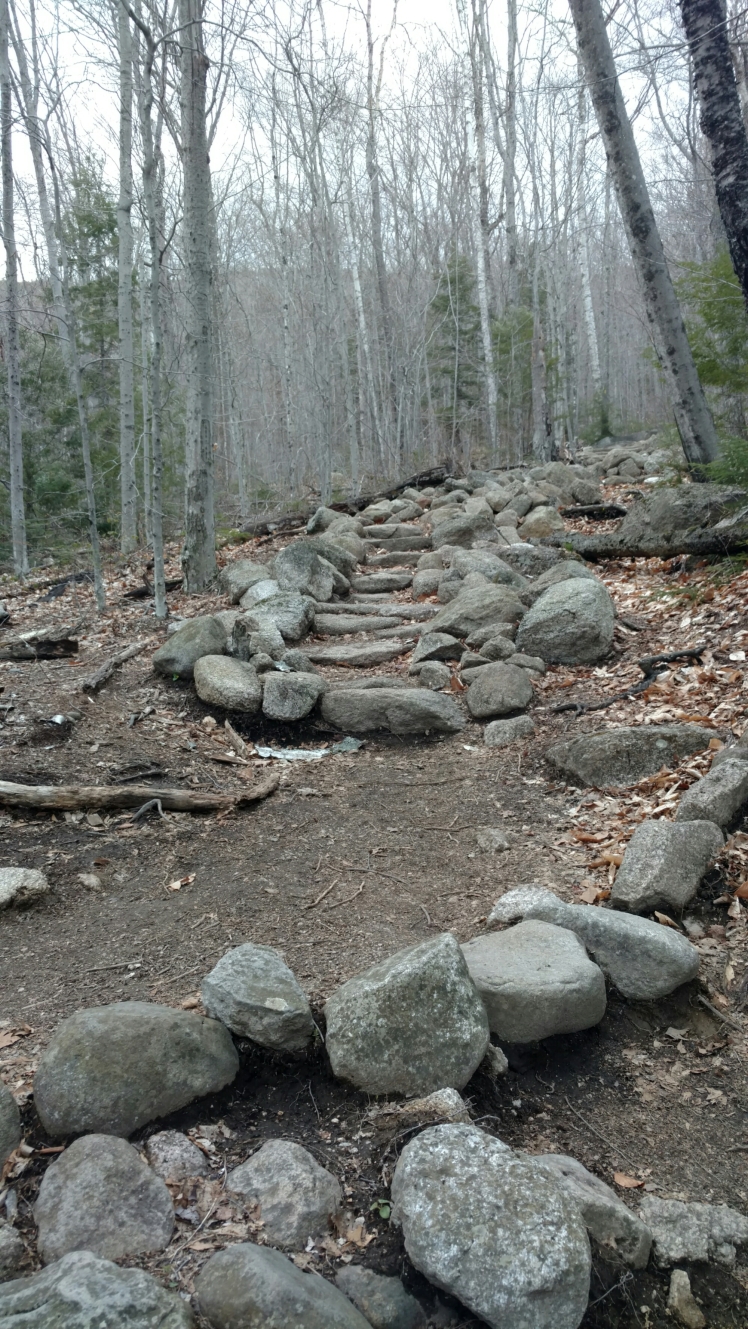 The Ledges are the first major destination of the trail. There’s been a lot of work done on the ledges to prevent the trampling of delicate alpine growth by the hoards that flood W&D during the high summer months. The ledges really are neat. They look out over Rt. 49 and north towards Mt. Tecumseh. That’s all there is to say. 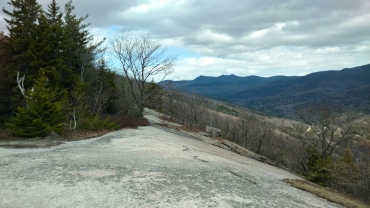 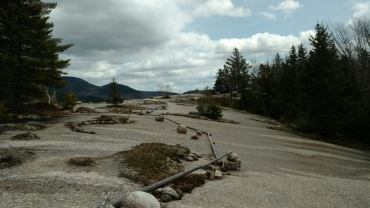 I have a feeling that most people that try the trail get to the ledges and turn around, because the next half mile up to the summit of Mt. Welch is very steep, very slippery slab walking. This is where my 4 year old, totally-trashed-but-still-wearable trail running shoes became a bit of a liability. 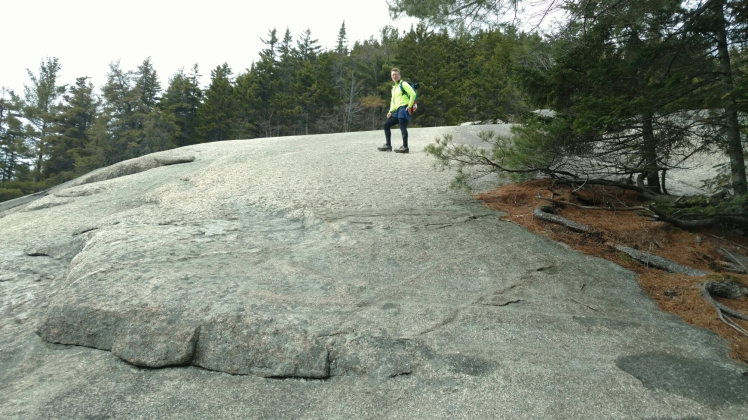 Things get a little freaky when one is walking up a slippery rock face and one’s toes don’t want to hold onto the rock, and the only way is down on either side. 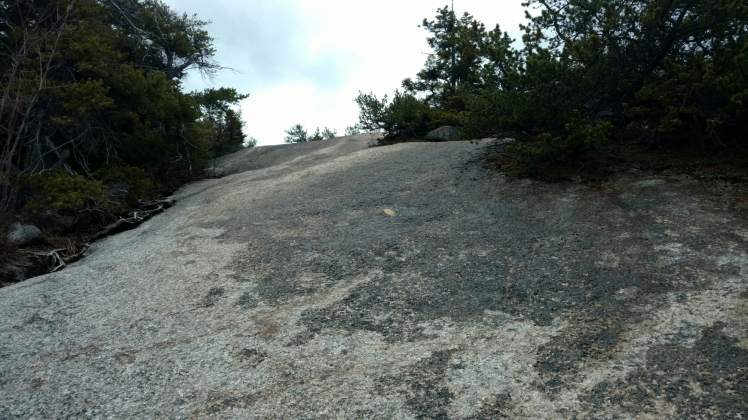 So, about 500 feet from the summit, I did the only logical thing and finished barefoot. It was incredible gratifying, if a little cold. 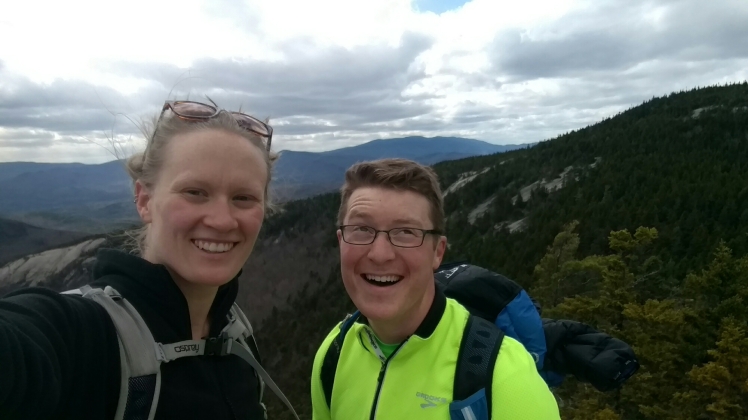 From the top of Welch, we descended a few hundred feet then headed up to Dickey, the much less grandiose peak on the loop. 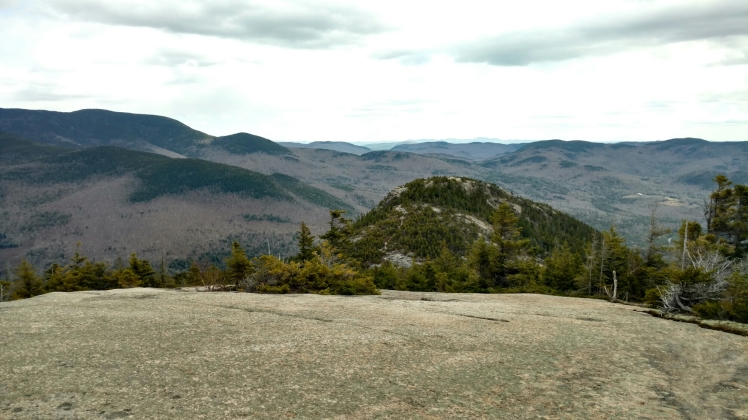 ^Looking back at Welch from the slabs below Dickey.^

The best part about getting over to Dickey is the view of Franconia Notch, the Kinsmans, and the Lafayette ridge offered at the beginning of the descent of the north side of the peak. There was even some snow up there that day. 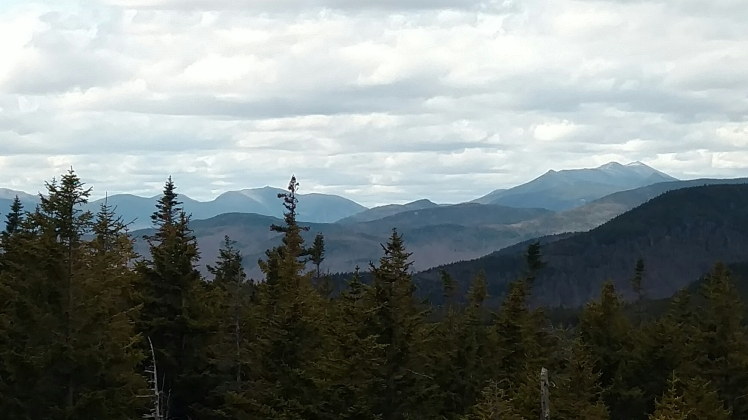 The descent from Dickey is a bit tenuous due to more slabby rock. Once we got back into the woods, though, it was just a bit tedious. The north side of the loop clearly gets less use as it is quite narrow, but offers the same level of infrastructure and some really cool, mossy boulders. 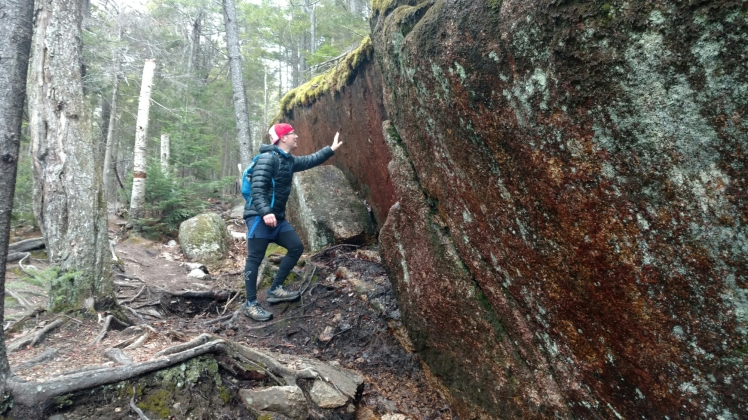 Lesson learned: It’s okay to replace shoes once the tread has completely worn down. Slipping is dangerous, my friends.